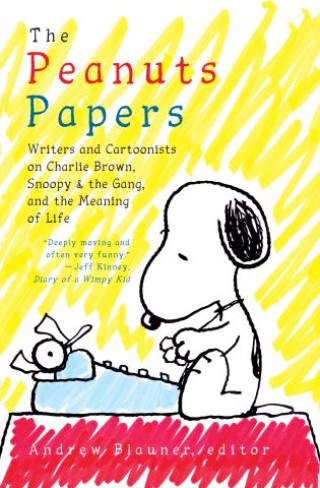 The Peanuts Papers: Writers and Cartoonists on Charlie Brown, Snoopy & the Gang, and the Meaning of Life

A Library of America Special Publication

Over the span of fifty years, Charles M. Schulz created a comic strip that is one of the indisputable glories of American popular culture—hilarious, poignant, inimitable. Some twenty years after the last strip appeared, the characters Schulz brought to life in Peanuts continue to resonate with millions of fans, their beguiling four-panel adventures and television escapades offering lessons about happiness, friendship, disappointment, childhood, and life itself.

In The Peanuts Papers, thirty-three writers and artists reflect on the deeper truths of Schulz’s deceptively simple comic, its impact on their lives and art and on the broader culture. These enchanting, affecting, and often quite personal essays show just how much Peanuts means to its many admirers—and the ways it invites us to ponder, in the words of Sarah Boxer, “how to survive and still be a decent human being” in an often bewildering world. Featuring essays, memoirs, poems, and two original comic strips, here is the ultimate reader’s companion for every Peanuts fan.

Andrew Blauner: Andrew Blauner, editor, is the founder of Blauner Books Literary Agency. His other anthologies are Coach, Brothers, Central Park, Our Boston, The Good Book, In Their Lives: Great Writers on Great Beatles Songs, and (as co-editor) For the Love of Baseball.