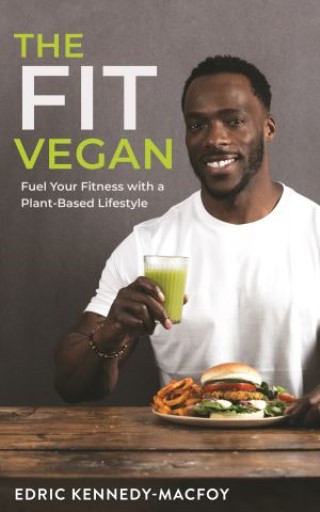 Fuel Your Fitness with a Plant-Based Lifestyle

This is a guide for all fitness enthusiasts wanting to make the switch to a vegan diet without compromising on muscle gains or performance--and for all vegans who want to improve their fitness.

Are you a fitness enthusiast curious about veganism but worried about where you'll get your protein from? Or maybe you're already vegan and loving it, but wondering how you can improve your fitness?

When ex-London firefighter and fitness coach Edric Kennedy-Macfoy decided to go vegan, he endured many jokes and taunts from his colleagues, who did not believe that he would be able to remain fit enough for his job on a plant-based diet. But Edric proved them wrong and is now healthier and fitter than ever.

In The Fit Vegan, Edric shares what made him choose veganism for his own health and for the welfare of animals, as well as revealing his secrets to staying in the best shape of his life without consuming any animal products. The book arms you with everything you need to know about plant-based nutrition, and includes delicious recipes that are super easy to replicate at home. Edric also includes a 12-week fitness program and shares inspiring examples of vegan athletes who are at the top of their game, including champion tennis player Venus Williams and five-time Formula One world champion Lewis Hamilton.

This book is your all-encompassing "vegan fitness bible." Written as the guide Edric wishes he had through times of confusion and doubt, it will show you how it is possible to make the transition to veganism whilst experiencing energy, health, and unprecedented fitness levels--as well as taking care of the planet!

Edric Kennedy Macfoy: Edric Kennedy-Macfoy is an ex-firefighter, fitness coach, and vegan. After experiencing the loss of over 10 family members and close friends to cancer in a very short timeframe, Edric began to seek out answers on health and decided to adopt a vegan lifestyle. Now retired from the London Fire Brigade, Edric runs boot camps and fitness programs that help people stay fit and healthy. He feels it is his mission to help those in need and to change lives for the better.