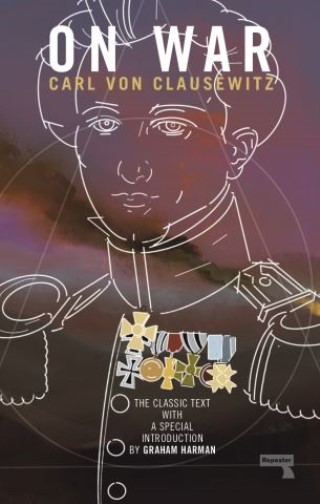 A new edition of von Clausewitz's classic treatise on military strategy, reinterpreted by Graham Harman through the philosophy of speculative realism.

Prussian General Carl von Clausewitz famously wrote that 'War is the continuation of politics by other means'. But what does Clausewitz mean to a world where economic, political and cultural conflicts are increasingly framed as wars?

Written after the Napoleonic Wars but left unfinished at the author's death and not published until 1832, On War is one of the most influential and important works on military strategy ever written.

This new edition presents this classic text with a new introduction by Graham Harman, who reads Clausewitz's ideas about war, politics and military strategy through the lens of speculative realism.

Carl von Clausewitz: Carl Philipp Gottfried von Clausewitz was a Prussian general and military theorist who fought against the French during the Napoleonic Wars.

Graham Harman is Distinguished University Professor at the American University in Cairo. He is the author of many books, including Dante's Broken Hammer (Repeater, 2016).