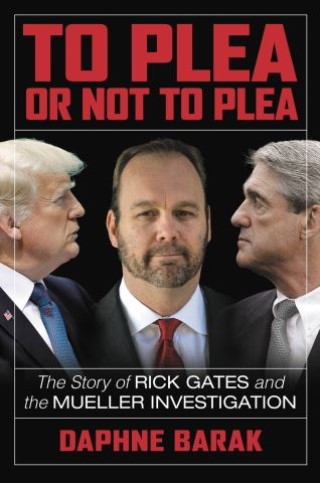 To Plea or Not to Plea

The Story of Rick Gates and the Mueller Investigation

Daphne Barak reveals why Rick Gates pled guilty in the Mueller probe and the lasting repercussions of this ordeal.
Rick Gates joined the Trump campaign with Paul Manafort, with whom he had worked for some time. In fact, Gates' first career job was as an intern for Manafort's firm. So, when the Mueller investigation charged Paul Manafort, they also investigated Gates and eventually Gates took a plea deal.
In TO PLEA OR NOT TO PLEA, Daphne Barak tells the story of Gates' very positive experience as deputy campaign manager for the Trump campaign and deputy Chairman of the Donald Trump inaugural Committee, followed by the ordeal that Gates has been put through by the Mueller investigation -- and why he felt he had to plead guilty to protect himself and his family.