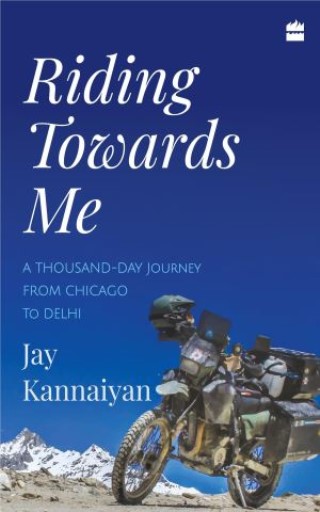 Riding Towards Me: A Thousand-Day Journey on a Motorcycle

Riding Towards Me is the epic adventure story of Jay Kannaiyan who dropped everything he had in the US to ride his motorcycle back home to India by the longest possible route. The journey took him three years and three months as he rode through Latin America, Europe and Africa, finally reaching New Delhi in 2013. Jay and his motorcycle, sanDRina, encountered mechanical meltdowns, remote Mayan villages, weeks of high altitude desert isolation, Caribbean and Atlantic voyages, humility, friendship, and landscapes that almost destroyed the bike and Jay's spirit. His go-with-the-flow attitude and engineering background deliver a story of global trails and an adventuring insight that brought him fame amongst the off-road motorcycling fraternity before his journey was even complete.

Jay Kannaiyan: Growing up in Zambia, Jay Kannaiyan set off to America in pursuit of the 'Indian-American' dream. He lived and worked there, squeezing in as much motorcycle travel as possible. In 2010, he pointed his front wheel away from America and since 2013 has lived and worked in New Delhi.