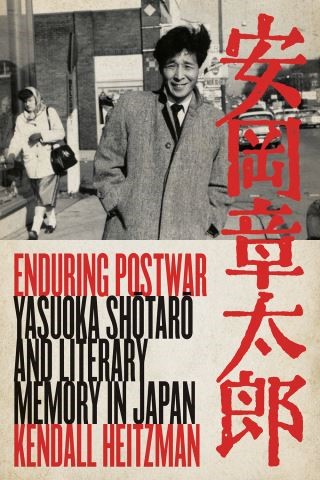 Yasuoka Shōtarō (1920–2013) was perfectly situated to become Japan's premier chronicler of the Shōwa period (1926–89). Over fifty years as a writer, Yasuoka produced stories, novels, plays, and essays, as well as monumental histories that connected his own life to those of his ancestors. He was also the only major Japanese writer to live in the American South during the Civil Rights Movement, when he spent most of an academic year at Vanderbilt University in Nashville. In 1977, he translated Alex Haley's Roots into Japanese.

For a long period, Yasuoka was at the center of the Japanese literary establishment, serving on prize committees and winning the major literary prizes of the era: the Akutagawa, the Noma, the Yomiuri, and the Kawabata. But what makes Yasuoka fascinating as a writer is the way that he consciously, deliberately resisted accepted narratives of modern Japanese history through his approach to personal and collective memory.

In Enduring Postwar, the first literary and biographical study of Yasuoka in English, Kendall Heitzman explores the element of memory in Yasuoka's work in the context of his life and evolving understanding of postwar Japan.