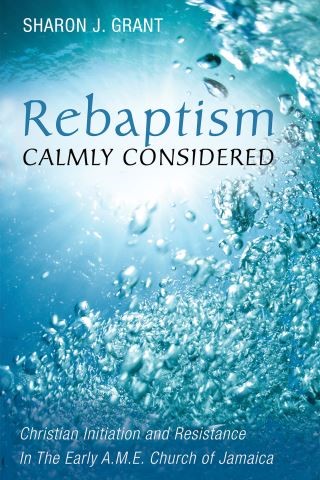 Christian Initiation and Resistance In The Early A.M.E. Church of Jamaica

This book describes the sociocultural context that shaped Christian initiation for many early Jamaican congregants within the African Methodist Episcopal (AME) Church. Christian initiation in early-twentieth-century Jamaican AME churches included the practice of two water rituals for children within most of its congregations--first, the christening or sprinkling of water on infants, and second, immersion when the child reached the age of consent and made a public confession of faith. The ambiguity of John Wesley's doctrine and practice of the sacrament of baptism are provided with the cultural milieu of nineteenth- and early-twentieth-century Jamaica to allow the reader to calmly consider the spectrum of evidence--and consider how the use of two water rituals became normative for many disciples of Christ to become full members within the early AME Church in Jamaica.