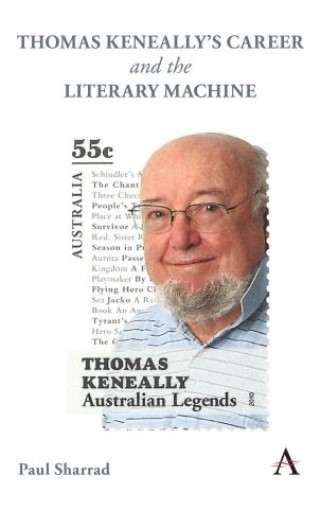 Thomas Keneally is known as a best-selling novelist and public figure in his Australian homeland and has also managed a transnational career. He is, however, something of a conundrum in being regularly disparaged by critics and often failing to meet expectations of sales. ‘Thomas Keneally’s Career and the Literary Machine’ explains some of the reasons behind such disparities, focusing in part on his deliberate transition from high-style modernist to ‘journeyman’ entertainer while continuing to write across both modes.

Reactions to this shift have been framed by critical and cultural investments, and by an idea of the literary career common to both high literary and popular taste. This study examines the complex network that is a career, considering personality traits, authorial agency, agents, editors and shifts in publishing from colonial control to multinational corporations. As such, the study moves across and beyond conventional literary biography and literary history, incorporating aspects of book history and celebrity studies.

In doing so, this book relies on Keneally’s extensive archive, much of it previously unexamined. It shows his ambition to earn his living from writing playing out across three markets, his work in other modes (writing for the stage and screen, travel writing, historical narratives) and the breadth and depth of expressions of his social conscience, including political protest, leading professional associations and work for constitutional reform, the Sydney Olympics, and so on. Keneally is seen as playing a long game across several events rather than honing one specialist skill, a strategy that has sustained for more than 50 years his keenness to live off writing.