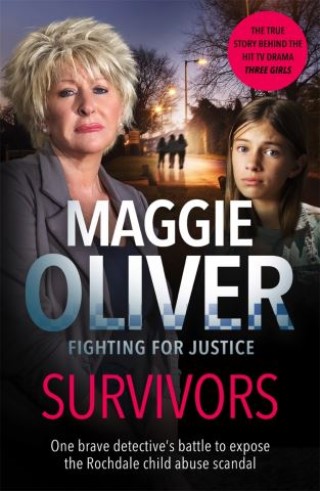 When detective Maggie Oliver first discovered that children as young as 10 were being groomed, abused and trafficked for sex by gangs of men in the Rochdale area, she felt like a lonely voice calling for people to act.

Banging on closed doors, it seemed that nobody was able or willing to help her save these vulnerable girls, but she couldn't just sit back while countless lives were being destroyed forever in plain sight. Instead, she launched a one-woman campaign to bring down these sickening gangs.

This is the heart-breaking and shocking story of how the actions of one determined detective secured convictions in what is now one of the most notorious grooming cases in the UK. Along the way Maggie discovered countless examples of how the authorities were letting down our most vulnerable children. She blew the whistle, losing her job and at times her mind at times, in a bid to stop others from experiencing the same.

This is the first ever account from a police insider on the endemic problem of child sexual exploitation across the nation and how these cases are handled by the authorities put in place to protect us.

It tells the story of a woman brave enough to speak out and a group of girls who found the strength to fight for justice after having their lives completely shattered by their abusers; together they show in shocking detail why this must never happen again.