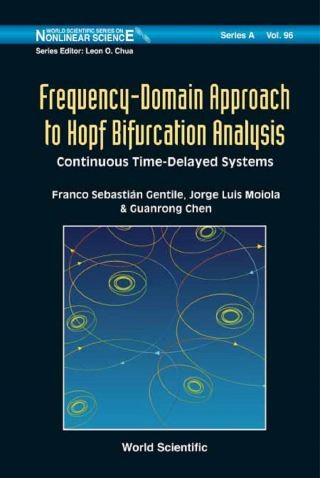 This book is devoted to the study of an effective frequency-domain approach, based on systems control theory, to compute and analyze several types of standard bifurcation conditions for general continuous-time nonlinear dynamical systems. A very rich pictorial gallery of local bifurcation diagrams for such nonlinear systems under simultaneous variations of several system parameters is presented. Some higher-order harmonic balance approximation formulas are derived for analyzing the oscillatory dynamics in small neighborhoods of certain types of Hopf and degenerate Hopf bifurcations.

The frequency-domain approach is then extended to the large class of delay-differential equations, where the time delays can be either discrete or distributed. For the case of discrete delays, two alternatives are presented, depending on the structure of the underlying dynamical system, where the more general setting is then extended to the case of distributed time-delayed systems. Some representative examples in engineering and biology are discussed.