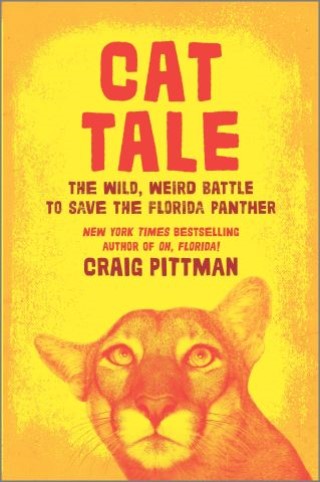 The Wild, Weird Battle to Save the Florida Panther

“Craig Pittman has a remarkable talent for telling stories set in the Sunshine State that never fail to fascinate and entertain.”—Gilbert King

“The definitive book on one of America’s least understood apex predators. The story of how Florida’s panthers were saved from extinction is one that both deserves and needs to be told.” —Dane Huckelbridge

It wasn’t so long ago when a lot of people thought the Florida panther was extinct. They were very nearly right. That the panther still exists at all is a miracle—the result of a desperate experiment that led to the most remarkable comeback in the history of the Endangered Species Act. And no one has told the whole story—until now.

With novelistic detail and an eye for the absurd, Craig Pittman recounts the extraordinary story of the people who brought the panther back from the brink of extinction, the ones who nearly pushed the species over the edge, and the cats that were caught in the middle. This being Florida, there’s more than a little weirdness, too.

An engrossing narrative of wry humor, sharp writing and exhaustive reportage, Cat Tale shows what it takes to bring one species back and what unexpected costs such a decision brings.

Craig Pittman: Craig Pittman is an award-winning journalist at the Tampa Bay Times and author of 4 books, including NYT bestseller Oh, Florida! How America's Weirdest State Influences the Rest of the Country. His journalism has won 4 Waldo Proffitt Awards for Distinguished Environmental Journalism in Florida. Twice he won the Society of Environmental Journalists' top investigative reporting award. He was named a Florida Literary Legend by Florida Heritage Book Festival in 2020.