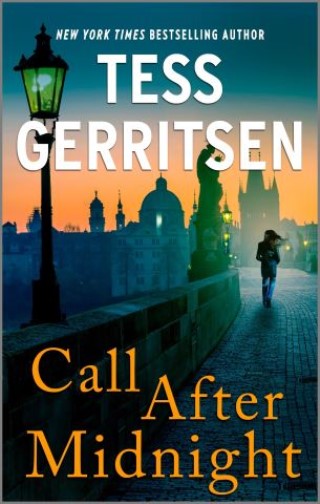 Newlywed Sarah Fontaine has just received the news that every wife fears: her husband of two months has died abroad in a hotel fire. Yet convinced he’s still alive, Sarah forges an alliance with Nick O’Hara from the U.S. State Department that has the two of them crisscrossing Europe on a desperate search for signs of life. As Sarah and Nick become quarry in the secret world of international espionage, they must risk everything for answers that may prove fatal.

Tess Gerritsen: Internationally bestselling author Tess Gerritsen is a graduate of Stanford University and went on to medical school at the University of California, San Francisco, where she was awarded her M.D. Since 1987, her books have been translated into 37 languages, and more than 25 million copies have been sold around the world. She has received the Nero Wolfe Award and the Rita Award, and she was a finalist for the Edgar award. Now retired from medicine, she writes full time. She lives in Maine.