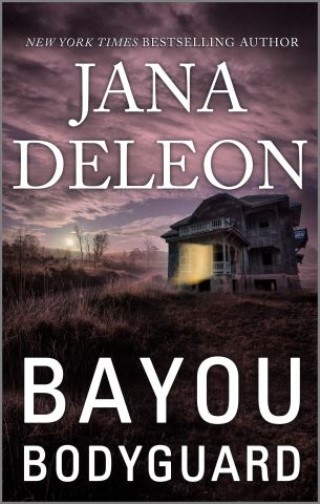 Bodyguard Brian Marcentel knew Justine Chatry had a job to do, but so did he. He’d been hired to keep her safe—from whatever lurked behind the walls of a long-neglected mansion. And yet, the beautiful researcher insisted on helping him investigate every suspicious noise and following him through the murky bayou as he tracked down trespassers. All of that paled in comparison, though, to his greatest challenge: trying to resist her when the fear took over and she looked to him for protection.

Jana DeLeon: New York Times and USA TODAY bestselling author Jana DeLeon grew up among the bayous and small towns of southwest Louisiana. She’s never actually found a dead body or seen a ghost, but she’s still hoping. Jana started writing in 2001—she focuses on murderous plots set deep in the Louisiana bayous. She lives in Texas with her husband and the most spoiled Sheltie in the world. Visit Jana on her website, www.janadeleon.com.