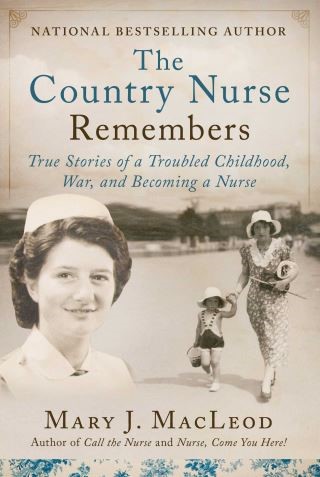 From the Bestselling Author of Call the Nurse and Nurse, Come You Here!, the Moving Story of Her Young Life and Her Path to Independence through Training to Be a Nurse—"A Must-Read Suggestion for Fans of the BBC's Call the Midwife" (Booklist)

Mary MacLeod's mother died in childbirth when Mary was five, an event that marked for the child a "before time"—a lost joyful time—and after. She was shunted from one relative to another while her father coped with his grief. He married again only nine months later, perhaps to have a mother for his child, but her new mum, harsh and withholding of her love, quickly exerted complete control over her thoughts and deeds, with her father oblivious. Her name was changed to her stepmother's choice of "Julia." Yet the pale, thin, quiet little girl didn't know she was unhappy: things were just the way they were.

Narrating from the perspective of the child she was but with the understanding and empathy of the nurse and mother she became, the author of Call the Nurse recounts the moving, intimate, indelible story of her young life, growing up in rural England near Bath, relishing the good times when her stepmother was friendly or she helped her father in the garden, experiencing the world war—air raids and blackouts, the war effort, evacuees, German prisoners—winning a scholarship, leaving home to train for three years as a nurse, and gradually finding her way as an independent woman.

Mary J. MacLeod: Mary J. MacLeod qualified as a nurse in England and has lived in Aden (now Yemen), the United States, Sweden, and Saudi Arabia as well as her husband George's native Scotland. This is her second book, and she has written her third. She currently lives in England.