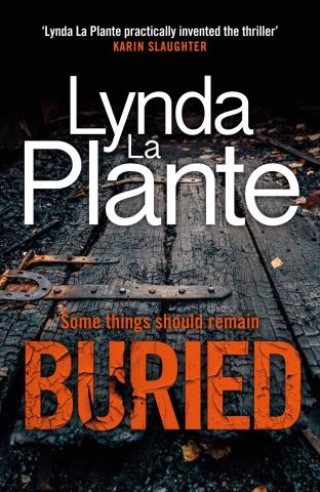 The first book in a brand-new series by the Queen of Crime Drama, Lynda La Plante.

Millions of stolen, untraceable bank notes lie untouched in an old Victorian cottage, the hidden legacy of the Dolly Rawlins and her widows.

But the millions are not forgotten. Released from prison, Esther Freeman is determined to retrieve the money. And so too is Mike Withey, Shirley Miller's brother and Audrey's son.

When a fire breaks out at the derelict cottage, with a badly charred body inside along with what looks like thousands of burnt bank notes, it attracts the attention of the police and one young detective in particular, Jack Warr.

As he finds out the truth about his own identity, Jack finds himself becoming increasingly aggressive, stopping at nothing to find the truth - including breaking the law himself.

Lynda La Plante: Lynda La Plante was born in Liverpool. She trained for the stage at RADA and worked with the National theatre and RDC before becoming a television actress. She then turned to writing - and made her breakthrough with the phenomenally successful TV series Widows. Her novels have all been international bestsellers.

Her original script for the much-acclaimed Prime Suspect won awards from BAFTA, Emmy, British Broadcasting and Royal Television Society as well as the 1993 Edgar Allan Poe Award. Lynda has written and produced over 170 hours of international television.

Lynda is one of only three screenwriters to have been made an honorary fellow of the British Film Institute and was awarded the BAFTA Dennis Potter Best Writer Award in 2000. In 2008, she was awarded a CBE in the Queen's Birthday Honours List for services to Literature, Drama and Charity.