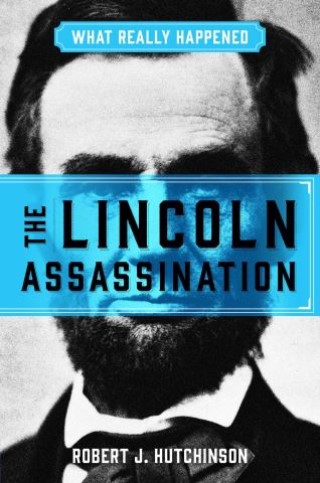 What Really Happened: The Lincoln Assassination

Think You Know Everything about the Lincoln Assassination? Think Again.

After 150 years, many unsolved mysteries and enduring urban legends still surround the assassination of Abraham Lincoln by the popular stage actor John Wilkes Booth. In a new look at the case, award-winning history author Robert J. Hutchinson (The Politically Incorrect Guide to the Bible) explores what we know, and don’t know, about what really happened at Ford’s Theatre on the night of April 14, 1865. In addition, he argues that the deep-seated political hatreds that roiled Washington, D.C., in the final weeks of the Civil War are particularly relevant to our own polarized age. Among the tantalizing questions Hutchinson explores are:

* Did the Confederacy have a hand in the assassination plot?

* Who were Booth’s secret accomplices, and why did he change the plan from kidnapping to assassination?

* Why was it so easy for Booth to walk into the president’s box to shoot him? Where were the guards?

* How did Booth evade the largest manhunt in U.S. history for nearly two weeks despite being unable to walk?

* Who gave the order to shoot Booth in the Garrett barn—and what happened to his body?

Drawing upon both primary sources and the best recent historical research, What Really Happened: The Lincoln Assassination separates established facts from mere conjectures—and is the one book to own if you want to know “what really happened.”

Also look for the second book in the series: What Really Happened: The Death of Hitler, coming August 2020.

Robert J. Hutchinson: Robert J. Hutchinson is an award-winning writer, speaker, and author of numerous books of popular history, including The Dawn of Christianity, When in Rome, and The Politically Incorrect Guide to the Bible. He is the general editor of the What Really Happened series and presents talks on historical topics for groups in the U.S. and Europe. He blogs regularly at www.RobertHutchinson.com.