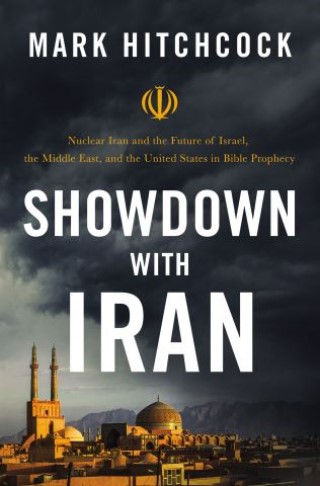 Nuclear Iran and the Future of Israel, the Middle East, and the United States in Bible Prophecy

The Threat of War with Iran Grows Day by Day

Bible prophecy expert Mark Hitchcock, PhD, is noticing a dangerous trend: the nation of Iran remains in the newspaper headlines for all the wrong reasons. In Showdown with Iran, he reveals why this rogue nation is so dangerous and how that connects to what the Bible says about what’s to come while encouraging readers to remain alert, aware, and hopeful as the end times near. He tackles questions such as:

The warning of what will happen is not new.

In the book of Ezekiel, the Bible records a multitude of predictions about the region then known as Persia as well as about the nation of Israel. These ancient prophecies foretell an end-time rise of Iran, as well as Russia and Turkey. But are the prophecies still unfulfilled today?

Hitchcock is convinced Iran continues to play a central role in bringing about chaos in the Middle East. In Showdown with Iran, he explores the continued validity and accuracy of end-time prophecy and answers questions that will become increasingly relevant as the end times draw near.

Mark Hitchcock has authored over 30 books related to Bible prophecy. He has earned ThM and PhD degrees from Dallas Theological Seminary and is an associate professor there. He lives in Edmond, Oklahoma, with his wife, Cheryl, and serves as Senior Pastor of Faith Bible Church. He and his wife have two married sons and three grandchildren.