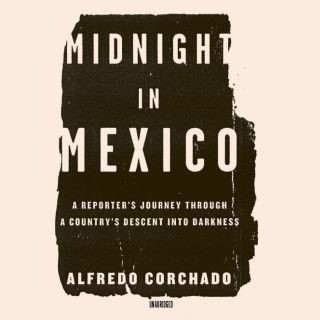 A Reporter's Journey through a Country's Descent into Darkness

In the last decade, more than 100,000 people have been killed or disappeared in the Mexican drug war, and drug trafficking there is a multibillion-dollar business. In a country where the powerful are rarely scrutinized, noted Mexican-American journalist Alfredo Corchado refuses to shrink from reporting on government corruption, murders in Juarez, or the ruthless drug cartels of Mexico. One night, Corchado received a tip that he could be the next target of the Zetas, a violent paramilitary group-and that he had twenty-four hours to find out if the threat was true.

Midnight in Mexico is the story of one man's quest to report the truth of his country-as he races to save his own life.