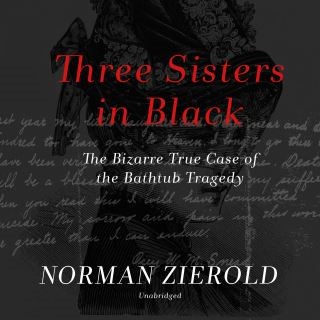 The Bizarre True Case of the Bathtub Tragedy

In 1909, a bathtub drowning became one of the most famous and bizarre criminal cases in American history.

On November 29, 1909, police were called to a ramshackle home in East Orange, New Jersey, where they found the emaciated body of twenty-four-year-old Oceana “Ocey” Snead facedown in the bathtub—dead of an apparent suicide by drowning. There was even a note left behind.

But it would not take authorities long to discover that Ocey’s death was no suicide. And Ocey’s own mother and two aunts were far from the sorrowful caretakers they appeared to be.

In fact, behind the veils of their strange black mourning clothes, they were monsters, having tormented Ocey almost since birth in a sick pattern of both physical and mental abuse, after a lifetime of which the women planned to cash in on poor Ocey’s sad and inevitable death.

An Edgar Award finalist, Three Sisters in Black is the true story of a gothic, gaslight nightmare that fascinated, shocked, and baffled the nation—and the disturbed women who almost got away with murder.