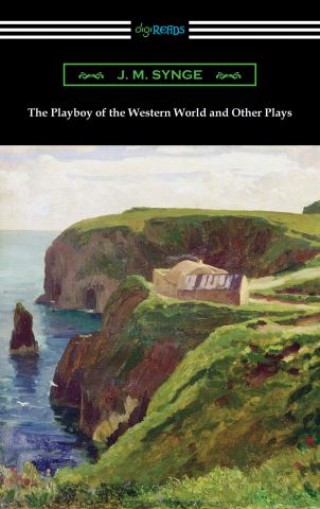 The Playboy of the Western World and Other Plays

J. M. Synge, an Irish poet, playwright, and prose writer, was also one of the cofounders of the storied Abbey Theatre. Synge was known as a strange and enigmatic man, quiet and reserved, not even understood by his own family members. After graduating from school, Synge decided to pursue music, but his shy nature prevented him from performing, causing him to turn to literature as a creative outlet. When it opened at the Abbey Theatre in 1907, his most acclaimed play, “The Playboy of the Western World”, met with rioting and chaos, as it garnered a very hostile reaction from the Irish public. Arthur Griffith, an Irish nationalist, described the play as “a vile and inhuman story told in the foulest language we have ever listened to from a public platform.” Synge who suffered from Hodgkin’s disease, and died shortly before his 38th birthday, is best remembered for his dramatic works. His complete plays are collected together here in this volume. This edition includes a biographical afterword.