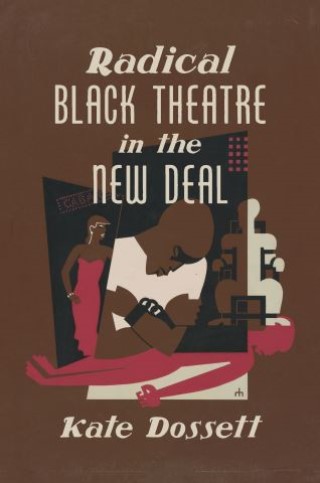 Between 1935 and 1939, the United States government paid out-of-work artists to write, act, and stage theatre as part of the Federal Theatre Project (FTP), a New Deal job relief program. In segregated "Negro Units" set up under the FTP, African American artists took on theatre work usually reserved for whites, staged black versions of "white" classics, and developed radical new dramas. In this fresh history of the FTP Negro Units, Kate Dossett examines what she calls the black performance community—a broad network of actors, dramatists, audiences, critics, and community activists—who made and remade black theatre manuscripts for the Negro Units and other theatre companies from New York to Seattle.

Tracing how African American playwrights and troupes developed these manuscripts and how they were then contested, revised, and reinterpreted, Dossett argues that these texts constitute an archive of black agency, and understanding their history allows us to consider black dramas on their own terms. The cultural and intellectual labor of black theatre artists was at the heart of radical politics in 1930s America, and their work became an important battleground in a turbulent decade.