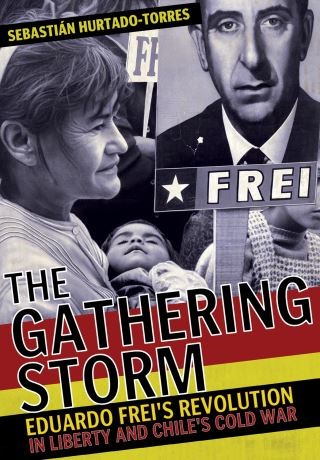 In this novel take on diplomatic history, Sebastián Hurtado-Torres examines the involvement of the United States in Chile during the Eduardo Frei administration (1964–1970) and shows how the engagement between the two nations deepened the process of political polarization in Chile.

At the heart of The Gathering Storm is a description of the partnership between Frei's government and that of Lyndon B. Johnson. Both leaders considered modernization to be integral to political and economic development, and the US Embassy in Santiago was recognized by all parties to be the center of this modernizing agenda and the practical work of the Alliance for Progress (AFP).

Hurtado-Torres portrays the diplomatic and economic relationship between Chile and the United States in a manner that departs from the most militant and conservative interpretations of US foreign policy toward Latin America. By focusing on the active participation of agents of US foreign policy—particularly those associated with the AFP—and not secret operatives of the Central Intelligence Agency, Hurtado-Torres offers a fresh narrative about a critical period in Chilean political history and a new understanding of the ways and means through which the foreign policy of the United States was carried out.