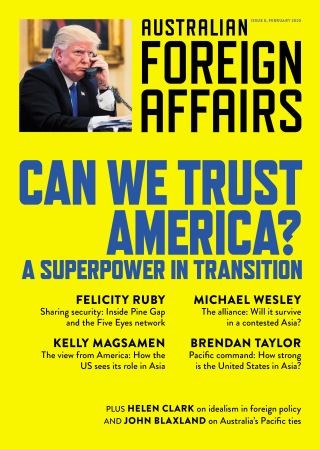 AFA8 Can We Trust America?

A Superpower in Transition

The eighth issue of Australian Foreign Affairs examines the changing status of the United States as its dominance in the Asia-Pacific faces challenge from China and its “America First” foreign policy marks a shift away from global engagement.

Can We Trust America? looks at the uncertainties for Australia as questions arise about the commitment of its closest ally.