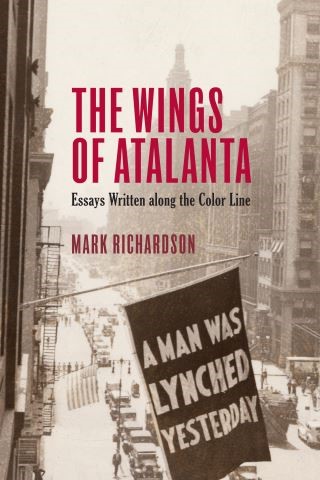 The Wings of Atalanta

Essays Written along the Color Line

This book springs from two premises. The first is that, with a nod toward Marianne Moore, America is - has always been - an imaginary place with real people living in it. The second is that slavery and its legacies explain how and why this is the case. The second premise assumes that slavery - and, after that fell, white supremacy generally - have been necessary adjuncts to American capitalism. Mark Richardson registers these two premises at the level of style and rhetoric - in the texture as much as in the "arguments" of the books he engages. His book is written to appeal to a general reader. It begins with Frederick Douglass, continues with W. E. B. Du Bois, Charles Chesnutt, and Richard Wright, and treats works by writers not often discussed in books concerning race in American literature - for example, Stephen Crane and Jack Kerouac. It brings to bear on such books as Douglass's My Bondage and My Freedom, Du Bois's The Souls of Black Folk, and Crane's The Red Badge of Courage a degree and quality of attention one usually associates with the study of lyric poetry. The book offers a general framework within which to read African-American (and American) literature. Mark Richardson is Professor of English at Doshisha University, Kyoto, Japan. He is co-editor of The Letters of Robert Frost (Harvard University Press) and author of The Ordeal of Robert Frost (University of Illinois Press, 1997).