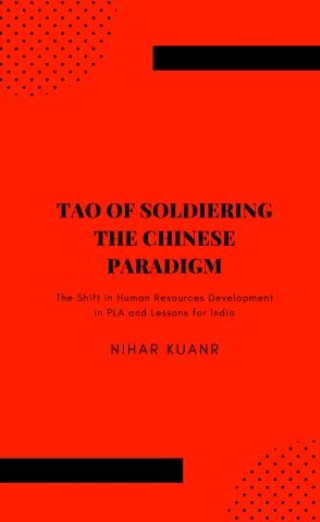 Soldiering is all about the growth and development of human potential in the military organization. The approach to soldiering in China is apparently distinct as compared to Indian or Western military and the shaping of soldiery in China has taken a very unique and somewhat enigmatic course. In the context of PLA, in the ongoing reform era, a clear shift in the approach to HRM is apparent. One of the most important objectives of the ongoing reforms and restructuring of PLA is to appreciably augment its potential and efficiency for the effective prosecution of Integrated Joint operations (IJO) for winning Local Wars under Informationised Condition (LWUIC). This book attempt has been made to take a holistic look at soldiering and development of human potential in PLA thus progressing understanding in the broadly interpreted field of HRM in the context of the Chinese military. The author argues that PLA has been adopting a very systematic, methodical and focussed approach towards identifying the key issues and addressing them in a time-bound manner to enhance the quality of its personnel to include the enlisted personnel, NCOs, officers, and higher leadership. However, success or failure of HR policies depends as much on several tangible factors(educational qualification, technological prowess, economic and social background), as on various intangible aspects (influence of culture, belief system, traditional practices, political and ideological factors impinging on the morale, motivation and value system). The book would enable interested readers to comprehend and grasp the nuances of the development of human potential in the military in general and PLA in specific. Various HRD themes like organizational culture, leadership, efficient decision making, etc. analyzed in the book can find application in general context as well.