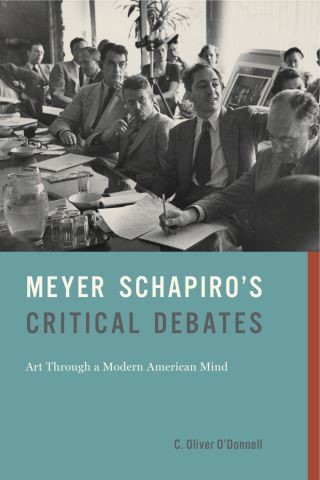 Art Through a Modern American Mind

Described in the New York Times as the greatest art historian America ever produced, Meyer Schapiro was both a close friend to many of the famous artists of his generation and a scholar who engaged in public debate with some of the major intellectuals of his time. This volume synthesizes his prolific career for the first time, demonstrating how Schapiro worked from the nexus of artistic and intellectual practice to confront some of the twentieth century’s most abiding questions.

Schapiro was renowned for pioneering interdisciplinary approaches to interpreting visual art. His lengthy formal analyses in the 1920s, Marxist interpretations in the 1930s, psychoanalytic critiques in the 1950s and 1960s, and semiotic explorations in the 1970s each helped to open new avenues for inquiry. Based on archival research, C. Oliver O’Donnell’s study is structured chronologically around eight defining debates in which Schapiro participated, including his dispute with Isaiah Berlin over the life and writing of Bernard Berenson, Schapiro’s critique of Martin Heidegger’s ekphrastic commentary on Van Gogh, and his confrontation with Claude Lévi-Strauss over the applicability of mathematics to the interpretation of visual art. O’Donnell’s thoughtful analysis of these intellectual exchanges not only traces Schapiro’s philosophical evolution but also relates them to the development of art history as a discipline, to central tensions of artistic modernism, and to modern intellectual history as a whole.

Comprehensive and thought-provoking, this study of Schapiro’s career pieces together the separate strands of his work into one cohesive picture. In doing so, it reveals Schapiro’s substantial impact on the field of art history and on twentieth-century modernism.