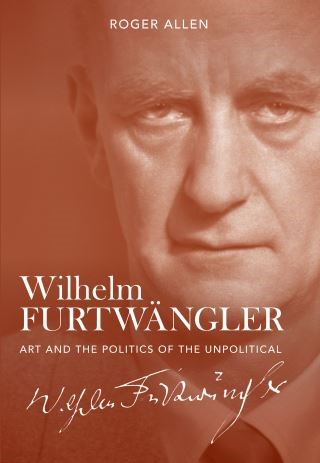 Art and the Politics of the Unpolitical

Wilhelm Furtwängler (1886-1954) has entered the historical memory as a renowned interpreter of the canon of Austro-German musical masterworks. His extensive legacy of recorded performances of Beethoven, Brahms, Bruckner and Wagner is widely regarded as unsurpassed. Yet more than sixty years after his death he remains a controversial figure: the complexities and equivocacy of his high-profile position within the Third Reich still cast a long shadow over his reputation. This book builds an intellectual biography of Furtwängler, probing this ambiguity, through a critical examination of his extensive series of essays, addresses and symphonies. It traces the development of his thought from its foundations in late nineteenth-century traditions of Bildung and associated discourses of conservative-minded nationalism, through the turbulent years of the Weimar Republic and the cultural and moral dilemmas of the Nazi period, to the post-World War II years of Bundesrepublik reconstruction, in which the beleaguered idealist found himself adrift in an alien cultural environment overshadowed by the unfolding narrative of the Nazi holocaust. The book will be of interest not only to music scholars but to cultural and intellectual historians as well. ROGER ALLEN is a Fellow of St Peter's College, Oxford and author of Richard Wagner's Beethoven (1870): A New Translation (Boydell Press, 2014)