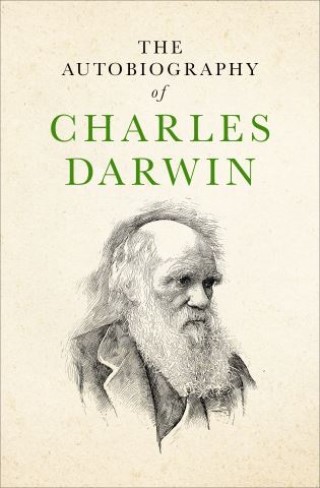 The Autobiography of Charles Darwin

This edition of Darwin’s life story restores previously censored passages on religion and the scientist’s opinions of his contemporaries.

Darwin wrote his autobiography in 1876, at the age of sixty-seven, hoping it would prove interesting to his children and grandchildren. Preparing the book for a wider audience, his family initially sought to protect his legacy by removing passages they found too personal or controversial.

This restored edition, which appeared one hundred years after the publication of On the Origin of Species, was edited by Darwin’s own granddaughter Nora Barlow, who wished to share the text as it originally existed in her family’s archives.

Shedding light on the women in Darwin’s life and his evolving views on religion, The Autobiography of Charles Darwin delves deep into his brilliant yet shy and reclusive personality, from his childhood love of nature to the reception of his groundbreaking theories on evolution. It also includes previously unpublished notes and letters on family matters, as well as Darwin’s dispute with Samuel Butler.

Charles Darwin:
Charles Darwin (1809–1882) was an English naturalist and geologist best known for his contributions to the field of evolutionary biology. After sailing around the world on the HMS Beagle in 1831, Darwin wrote On the Origin of Species, which put forth his theory of natural selection.