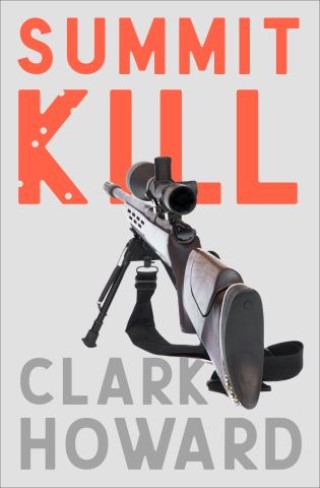 One man fights to foil a wild plot for worldwide destruction in this action-packed thriller from “a superlative storyteller” (Publishers Weekly).

Herr Inman has a plan and the resources to pull it off.First there will be five assassinations of powerful world leaders—including the pope—then three atomic bombs aimed at major cities. In the resulting chaos, Inman will take over the world . . .

Christian Alsen is a mercenary hired by Inman to put the scheme in motion. Instead, he sets out in search of a way to stop this madman . . .

Summit Kill is a thrill-a-minute, high-stakes tale from an Edgar Award–winning and Barry, Anthony, and Shamus Award–nominated author

Clark Howard:
Clark Howard (1932-2016) Born in Ripley, Tennessee, Howard was one of the most honored mystery writers in America and was a longtime favorite of readers of Ellery Queen Mystery Magazine, Alfred Hitchcock Mystery Magazine, and numerous other publications. A professional writer for over 40 years, he wrote sixteen novels, six books of non-fiction, and published two collections of short stories, in addition to more than 200 uncollected short stories. Howard was honored with the Edgar Allan Poe award for best short story of 1981 from the Mystery Writers of America. In 2009, Howard won the Edward D. Hoch Memorial Golden Derringer Award for Lifetime Achievement from the Short Fiction Mystery Society.​