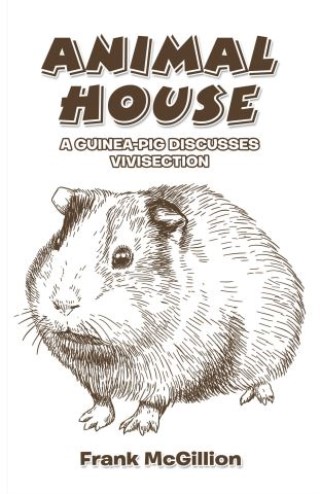 Animal House - a Guinea Pig Discusses Vivisection Animal House is an account of vivisection from the point of view of a guinea pig in an animal house awaiting sacrifice in the interests of medicine and humankind. He is initially supportive of his role in life, but gradually realises that using animals to benefit the welfare of humans is not quite as straightforward or innocent as he thought. Written in the style of George Orwell's masterpiece, Animal Farm, the book draws attention to the moral issues involved in a controversial and ongoing debate.