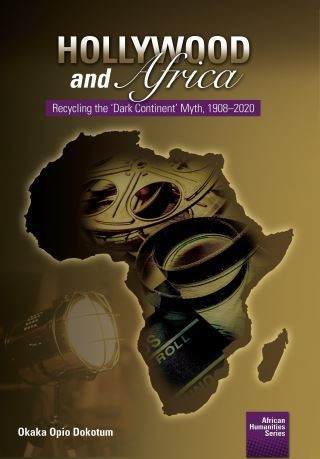 Hollywood and Africa - recycling the ‘Dark Continent’ myth from 1908–2020 is a study of over a century of stereotypical Hollywood film productions about Africa. It argues that the myth of the Dark Continent continues to influence Western cultural productions about Africa as a cognitive-based system of knowledge, especially in history, literature and film. Hollywood and Africa identifies the ‘colonial mastertext’ of the Dark Continent mythos by providing a historiographic genealogy and context for the term’s development and consolidation. An array of literary and paraliterary film adaptation theories are employed to analyse the deep genetic strands of Hollywood–Africa film adaptations. The mutations of the Dark Continent mythos across time and space are then tracked through the classical, neoclassical and new wave Hollywood–Africa phases in order to illustrate how Hollywood productions about Africa recycle, revise, reframe, reinforce, transpose, interrogate — and even critique — these tropes of Darkest Africa while sustaining the colonial mastertext and rising cyberactivism against Hollywood’s whitewashing of African history.