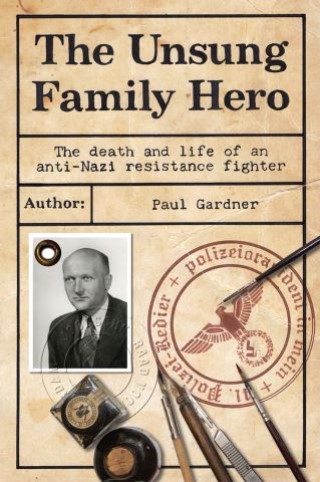 The Death and Life of an Anti-Nazi Resistance Fighter

A fast-moving historical biography with the feel of a thriller... how did an ordinary Jewish man find the courage to impersonate a tough Nazi officer?

Gerhard Badrian was a gentle soul – quiet and compassionate, a competent commercial photographer. The Nazi occupation of Holland changed him. To cope with ruthless tyranny, his first reaction was perfectly normal. Keep your head down, stay out of harm’s way.

But that didn’t satisfy him, so he joined the Resistance. He learnt to forge identity papers which saved hundreds of likely Nazi victims: Resistance members, Jews and others.

Still not enough. When, in front of his eyes, he saw his parents captured and deported to their deaths, a new persona emerged. He found he had hidden talents. He was a natural-born actor. Armed with forged papers and wearing an SS uniform, he would march into a prison or hospital…

Certainly, this is a thrilling war story, an engrossing Holocaust story. But it is also a family story. Gerhard was the author’s mother’s cousin. For Paul Gardner, Gerhard Badrian is his unsung family hero.

"A gripping story of how extraordinary times converted ordinary people into heroes ... This book transforms the history of a global war and monstrous crimes against humanity into a personal story of courage, risk and heart-trembling fear." - The Hon. Michael Kirby AC CMG