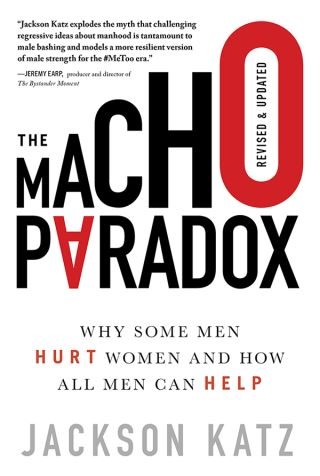 Why Some Men Hurt Women and How All Men Can Help

"A candid look at the cultural factors that lend themselves to tolerance of abuse and violence against women."—Booklist

Revised and updated to include current studies, politics, and discussions, The Macho Paradox is the first book to show how violence against women is a male issue as well as a female one — and how we can come together to stop it.

Written by pioneering anti-violence educator Jackson Katz, The Macho Paradox incorporates the voices and experiences of women and men who have confronted the problem from all angles, the discussions surrounding currents events in politics and pop-culture, and where the violence is ignored or encouraged in our upbringing. Katz also offers cogent explanations for why so many men harass and hurt women, and he shows what can be done to stop the violence.

By working together as allies, Katz shows how all genders can end the abuse and mistreatment of women.

Additional Praise for The Macho Paradox:

"If only men would read Katz's book, it could serve as a potent form of male consciousness-raising."—Publishers Weekly

"These pages will empower both men and women to end the scourge of male violence and abuse. Katz knows how to cut to the core of the issues, demonstrating undeniably that stopping the degradation of women should be every man's priority."—Lundy Bancroft, author of Why Does He Do That?: Inside the Minds of Angry and Controlling Men