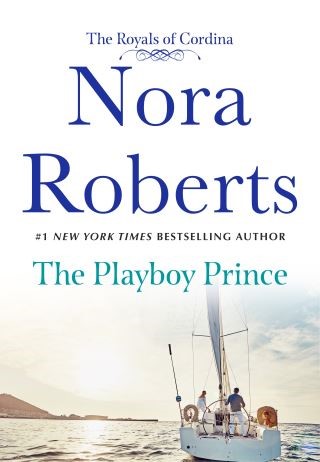 The Royals of Cordina

In this Cordina’s Royal Family novel from #1 New York Times bestselling author Nora Roberts, The Playboy Prince discovers that even he is susceptible to everlasting love when he meets a woman who challenges his perceptions and wins his heart.

Prince Bennett de Cordina enjoys the freedom and pleasures afforded him as a much desired royal bachelor, keeping his trysts passionate, yet short-lived. But Lady Hannah Rothchild is unlike any other woman whose company he has pursued. An ethereal beauty, she keeps her thoughts to herself, treating Prince Bennett with an indifference he finds enticing. Lady Hannah is a mystery he wishes to solve—only to discover the even greater mystery of love.

Nora Roberts: NORA ROBERTS is the #1 New York Times bestselling author of more than 200 novels, including Hideaway, Under Currents, Shelter in Place, Year One, Of Blood and Bone, The Rise of Magicks and many more. She is also the author of the bestselling In Death series written under the pen name J.D. Robb. There are more than 500 million copies of her books in print.