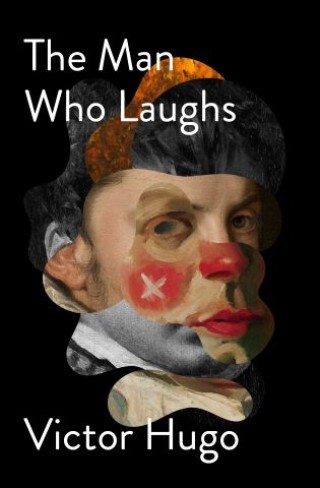 The Man Who Laughs

A tragic tale of romance, oppression, and depraved nobility in seventeenth-century England by the author of LesMisérables.

First published in 1869, The Man Who Laughs is an impassioned plea for recognition of the humanity of society’s outcasts and an indictment of the callous crimes of the aristocracy. It tells the story of Gwynplaine, a boy whose face was disfigured by order of the king into a ghastly, permanent smile. Outcast and homeless, Gwynplaine finds refuge with travelling carnival merchant Ursus and falls in love with a blind orphan girl named Dea.

One day while performing a popular carnival routine, Gwynplaine captures the attention of bored and jaded Duchess Josiana. Used as a pawn by an agent of the royal court, Gwynplaine’s true identity and noble parentage is soon revealed. But when he is reinstated as a member of the aristocracy, Gwynplaine makes visible the monstrosity of the upper classes

Victor Hugo:
Victor Hugo (1802–1885), born in Besançon, France, is widely considered one of the greatest French writers and influencers in the romantic literary movement. He rose to fame at a young age, having published his first collection of poetry at just twenty years old. As an avid activist against capital punishment, Hugo used his novels to reveal the injustices and hardships facing Parisians. He became active in politics and was elected the French Parliament, where he advocated against the death penalty. When Louis-Napoléon gained power over France in 1851, Hugo was deemed a traitor, and he fled to Brussels in exile. During this time, he wrote his most thought-provoking and searing works, many of which have been adapted into award-winning films and musicals, such as Les Misérables and The Hunchback of Notre Dame.